During the qepHom in January 2014, Maltz gave us the information about Klingon geometry words. You can see that message here. As usual, it is never completely clear, wether one can use each word in the way you can in english, but most of them are clear enough to describe basic concepts of geometric shapes. View the list of new words for the exact definition, because some of the following descriptions have already been adapted.

Many of the polygons ‐ in Klingon mey' ‐ can be formed using the word reD wall. For instance, any quadrilateral (four-sided) polygon is called loS reD mey', literally "four-wall-polygon". In that case it does not matter wether that one is a square, a rectangle, a parallelogram or any other regular shape. 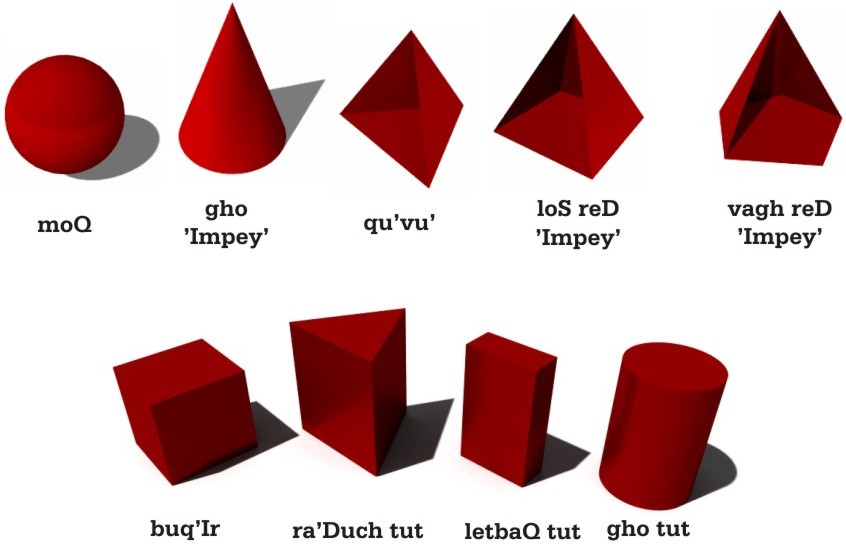